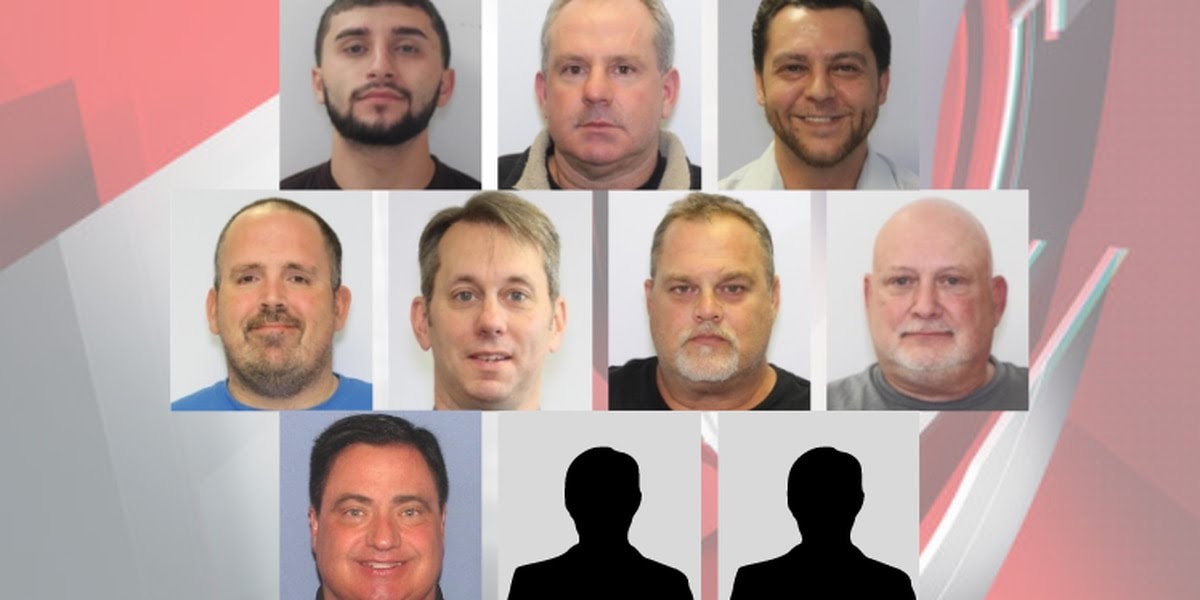 SUMMIT COUNTY, Ohio — The Summit County Sheriff’s Office today released information on the arrests of 10 men, including one teacher, during a human trafficking operation.

According to a release from the Summit County Sheriff’s Office, the following individuals were arrested and charged for engaging in prostitution after answering an on-line advertisement offering explicit sexual services in exchange for a cash payment:

According to the Summit County Sheriff’s Office, David Delong, age 60, is a teacher at Massillon City School District.

Massillon City Schools Superintendent, Paul J. Salvino, made a statement regarding the charges:

“On the morning of Monday, April 26, 2021, I received notification from the Summit County Sheriff’s department that one of our employees was arrested and charged on Saturday evening, April 24, 2021.

This employee was immediately placed on administrative leave effective Monday, April 26, 2021 and will not be permitted on any school property. I communicated to the Summit County Sheriff’s department that the Massillon City Schools will cooperate and assist with any information needed.

The timing of this statement is certainly a part of our districts cooperation with law enforcement. I have been assured by the authorities that this arrest was not related to any juvenile/student(s). The Massillon City Schools takes the safety and security of our students and staff extremely seriously.”

Several human trafficking victims were identified during the operation and offered services at the scene by RAHAB Ministries and the Rape Crisis Center of Summit and Medina Counties, part of the Summit County Human Trafficking Task Force.