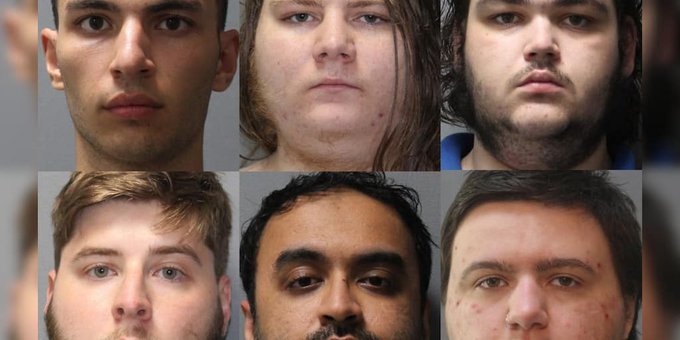 “These cases are complex and require meticulous police work to identify suspects and collect evidence,” Howard County Police Chief Lisa Myers said in a Friday statement. “I want to recognize our excellent team of detectives who have worked tirelessly to execute search warrants and have had to review thousands of disturbing images and videos to bring charges against these suspects.”

Police arrested and charged 11 people, including three minors, after they were collectively found in possession of “thousands” of suspected child pornography images and videos. They are:

“The sexual abuse of children that’s often portrayed in child pornography is one of the most unconscionable violations of trust imaginable,” Howard County State’s Attorney Rich Gibson said in a Friday statement. “Prosecuting the perpetrators of these horrendous crimes is one of our highest priorities, and we will work in tandem with our law enforcement partners to bring these criminals to justice.”

Meanwhile, on Friday, the Maryland U.S. Marshal Service recovered 18 missing children as part of its two-month-long Operation Not Forgotten mission.

“Children are a blessing and are America’s future leaders,” U.S. Marshal Johnny L. Hughes of the District of Maryland said in a statement Friday. “We must always protect their innocence and defend them from physical and sexual abuse by predators and unscrupulous individuals.”

Police are advising parents to encourage their children to be safe online using resources on NetSmartz.