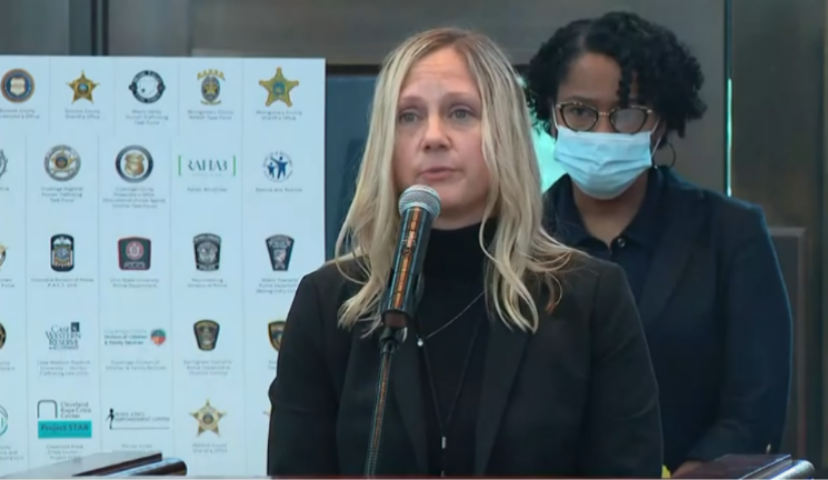 Attorney General Dave Yost detailed the results of the operation, referred to as “Ohio Knows,” during a briefing with several law enforcement agencies on Monday.

A statewide anti-human trafficking operation resulted in the arrest of more than 200 people and the recovery of 10 missing children.

According to the Diocese of Columbus, they were notified on Sept. 23 of Frazier’s arrest for solicitation. He was immediately suspended before his employment was terminated on Sept. 27.

Columbus firefighter Andrew Bartnikowski was just one of the arrests made on Sept. 27. He is charged with counts of engaging in prostitution.

According to court records, Bartnikowski responded to an online advertisement to pay for sex and engaged in multiple text messages and calls.

He was arrested at a hotel by undercover officers posing as prostitutes.

The operation, which spanned one week, led to the arrest of 161 people seeking to buy sex, including three people from Franklin County who sought to buy sex from a minor. Additionally, 50 people were arrested for offering to sell sex.

The operation enlisted the help of nearly 100 federal, state and local law enforcement agencies across Ohio. According to a release, 51 potential trafficking victims were interviewed and helped as a result.

“I shake my head and can’t believe those stories,” said Yost. “It happens everywhere.”