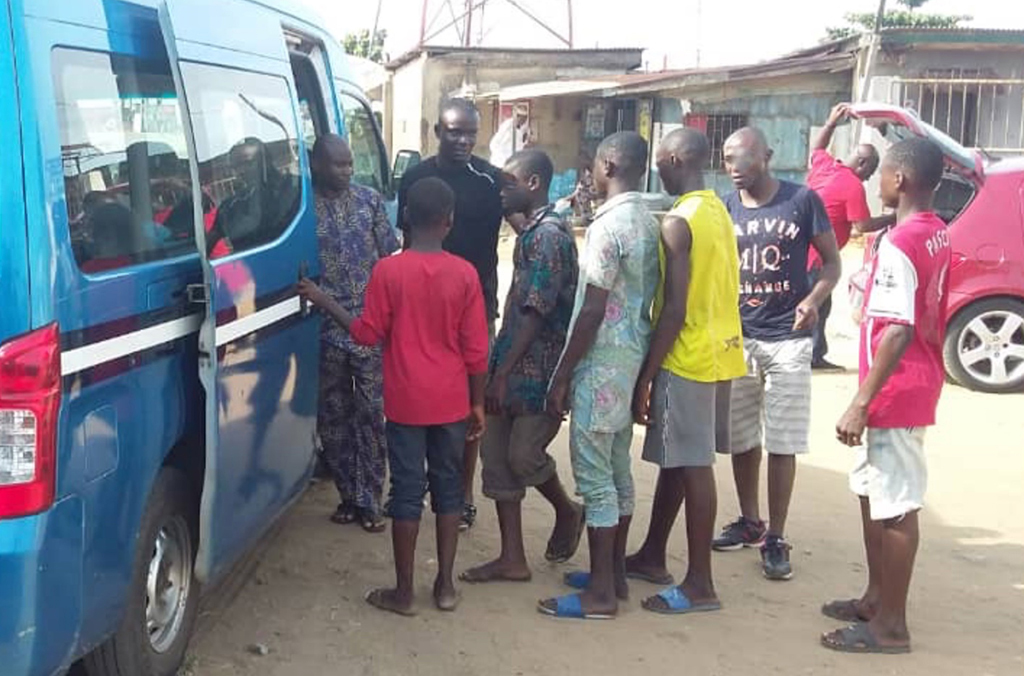 At least 26 persons including 19 children have been rescued from trafficking during a law enforcement operation in Nigeria’s southern state of Edo, authorities said on Tuesday.

In a statement, Kontongs Bello, a police spokesperson in Edo, said the victims comprise 19 children, one teenager and six women who were trafficked from the southeast states of Ebonyi, Imo, Abia, Anambra and Akwa Ibom.

He said they were heading toward Evbuotubu in Ekenwan road axis of Benin city before rescue came their way.

According to the police spokesman, the women were lured from their various home states by a woman named “Jennifer”, noting that the suspect is now on the run.

“They were lured in a guise that Edo state government is giving financial support to single mothers with newborn babies especially twins,” he said.“

The women said they were forced to go for street begging for their mistress Jennifer. They further stated that only peanut is given to them to take care of their children,” he said.