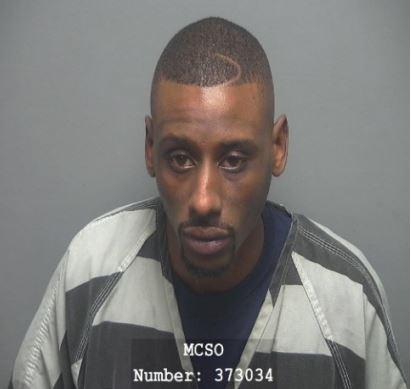 The Montgomery County Sheriff’s Office netted the arrest of 27 individuals for prostitution-related charges in a human traffic-busting sting earlier this month.

Between April 13 and April 14, undercover officers with the sheriff’s organized crime unit completed Operation Buyers Beware, which targeted those purchasing so-called illicit sex in the central Montgomery County area, according to a release.

Brandon Lee Davis, 33, of Houston, is charged with promotion of prostitution, a third-degree felony. Davis is out on bond, according to court records.

The remaining 26 men are charged with prostitution, a Class B misdemeanor, for allegedly agreeing to pay for sex from the undercover officers, according to the sheriff’s office.

Pending a warrant, an unnamed 28th person, has yet to be arrested for prostitution and substance charges stemming from the operation, the agency added.

The sting led to some of those taken into custody to also be charged with additional offenses, including three for possession of a controlled substance, one for marijuana possession and another for unlawful handgun carry.

The ages of the alleged offenders ranged from 19 to 62, according to information from the release.

Operation Buyers Beware was a part of the Human Trafficking Rescue Alliance, a federal, state and local law enforcement task force working to hinder human trafficking within the region, the press release explained.

“This alliance sends a clear message that we are not going to tolerate this type of activity in our community in hopes that we will deter the demand, and rescue those who have been forced into trafficking,” read a statement from the sheriff’s office.

The Montgomery County District Attorney’s Office, the Texas Alcoholic Beverage Commission, the Houston Police Department, the Shenandoah Police Department and others in the alliance task force participated in the operation, according to the sheriff’s office.