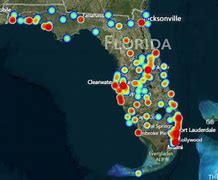 TALLAHASSEE, Fla.— The Florida Sheriffs Association (FSA) Task Force announced the results of Operation Breaking Chains, a strategic initiative in 16 Florida counties that focused on reducing human trafficking throughout the state and prosecuting those responsible for trafficking individuals.

FSA says during the month-long operation, 29 victims were recovered, 31 traffickers were identified, and a total of 363 arrests took place during the Task Force Operation Breaking Chains.

“Amplifying the safety on our roads and waterways is crucial for all Floridians, including our children, and those who visit the Sunshine State,” said FSA President and Gilchrist County Sheriff Bobby Schultz. “The dedicated enforcement of state laws that deal with businesses suspected of human trafficking and online operations will help to keep us all safe.”

Pasco County Sheriff and chair of the FSA Task Force Chris Nocco thanked Schults for his leadership of FSA and the operation, as well as the participating counties.

“The goal, as always, is to protect victims,” said Nocco. “I credit the unique approach this operation took to its success. We not only focused on arrests but surrounded victims with resources that will be impactful in the future and allow us to break the cycle of human trafficking while also holding those responsible.”

Operation Breaking Chains contributes to two of the FSA business operations goals: to foster effective law enforcement and crime prevention and to promote the activities of Sheriffs.