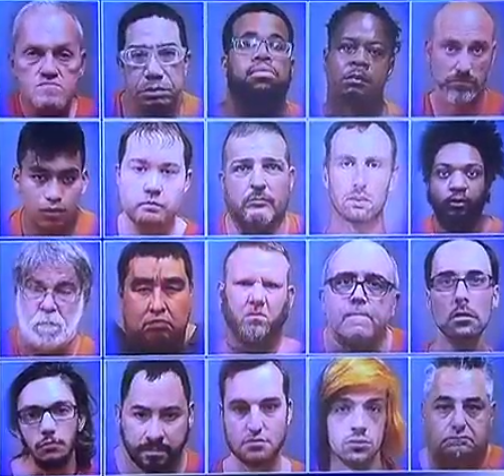 The sting, called “Operation Full Court Press,” ran from June 1 to Aug. 1 through the Mahoning County Sheriff’s Office and the Mahoning Valley Human Trafficking Task Force, searched for predators seeking to engage in sexual activity with children online and resulted in the 34 arrests.

Multiple Pennsylvania men were among 34 arrested in a following a major child sex sting in Ohio, including several from the greater Pittsburgh area.

The men were communicating online and thought they were meeting up with children for sex, but it turns out they were trading messages with agents of the human trafficking task force.

Greene encourages parents to monitor what their children are doing online.

“They’ll be given an address or a place to meet at, and that’s where the arrest will take place.”