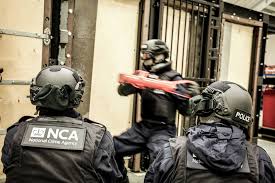 The activity, which took place in the week of 28 June, was the latest strand of Project Aidant, the U.K. National Crime Agency (NCA)-led law enforcement response to modern slavery and human trafficking.

It was also part of a Europe-wide operation, co-ordinated in the U.K. by the NCA’s Modern Slavery and Human Trafficking Unit, and involved 19 police forces from across the U.K., as well as other partners including Border Force, Immigration Enforcement, British Transport Police, HM Revenue and Customs and the Department for Work and Pensions.

In the year ending 2020, 4,946 children entered the National Referral Mechanism claiming to be victims of trafficking and exploitation in the U.K. Once trafficked, children are often sold on into forms of modern slavery and exploitation, including forced criminality, labor, and sexual exploitation.

Of those arrested, 18 were for child criminal and drug related exploitation, 11 were for sexual exploitation, while the rest were for a variety of offenses including domestic servitude, labor exploitation and general trafficking.

In all 99 potential victims were identified through a range of law enforcement activity initiating 51 new investigations.

Although the activity targeted those exploiting children, a number of adult potential victims were also located as a result of the work, with 72 children and 27 adults identified.

Of these, 55 safeguarding referrals were submitted via the National Referral Mechanism.

The intensification period saw increased police presence at London tube and rail stations where suspected victims of child trafficking were thought to be forced to work as pick pockets.

The NCA and Metropolitan Police Service also searched what they suspected to be a brothel where young Romanian girls and women were allegedly being exploited in East London.

The search officers didn’t encounter any children, but they did find several Romanian women working in distressing conditions and being sold for as low as £20 per hour for sex work.

An investigation has also begun into potentially fraudulent claims being made by people at the address.

Due to the poor conditions of the premises and reports of anti-social behavior, the Metropolitan Police Service will be taking steps to close the brothel and safeguard the potential victims.

Police Scotland identified and safeguarded five minors that had allegedly been trafficked to the U.K., launching five new investigations.

Border Force officers also carried out additional checks at the Channel Tunnel terminal in Coquelles to detect potential victims of trafficking traveling through U.K. juxtaposed controls, finding a Romanian male traveling in a minibus, coming to work in the U.K. for the first time with no work permit.

His traveling companions had recruited him from his village and paid for his travel and documentation. He expected to earn just £40 a day.

The man has been safeguarded due to his perceived vulnerability and obvious signs of distress.

Liam Harrison from the NCA’s Modern Slavery and Human Trafficking Unit said: “This activity, which was months in the making, identified and safeguarded victims of child trafficking and disrupted those controlling them.”

Our joint work across the week has also sparked a number of new investigations and it is expected that these results will rise over the coming weeks as our operational activity continues.”

The joint week of action was part of a wider EMPACT intensification which involved partners from across Europe.