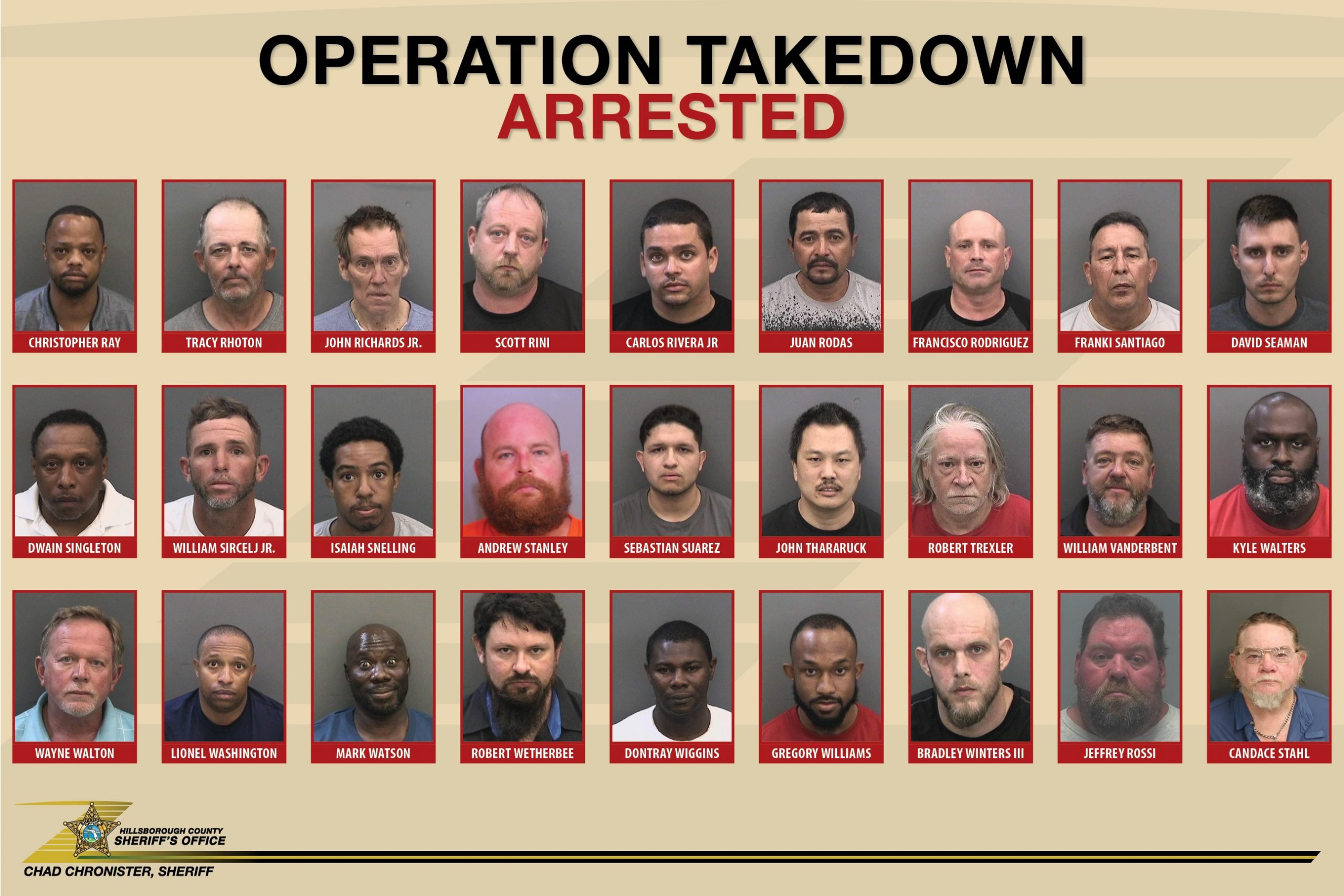 Over 100 total officials from all assisting organizations were stationed throughout the county and made contact with would-be predators who thought they were talking with minors, authorities said.

Probable cause was established and law enforcement officials then set up meetings with each suspect which resulted in the arrests.

The sheriff’s office said the operation, called “More Than Adequate,” resulted in more than double the arrests in comparison to the last operation of this type.