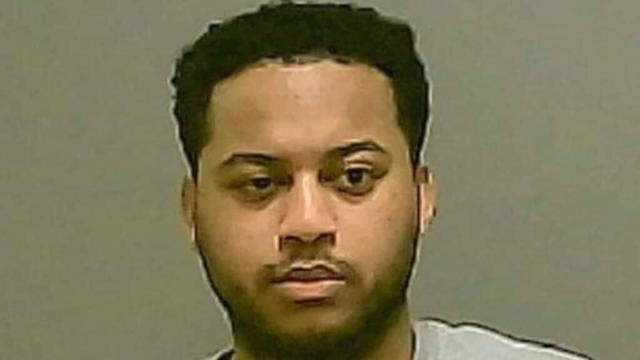 Air Force Senior Airman Keith Williams allegedly traveled from his base to Alabama and raped the girl in her yard.

A 25-year-old Florida airman has been accused of traveling across state lines last fall and raping an 11-year-old girl he met online.

He reportedly met the girl online “via a dating app called Badoo,” authorities allege, but no one was aware of their physical encounter in October 2020 until Williams sent a friend request to a Facebook page set up by the girl’s father.

When the father intercepted the friend request in February, he sent Williams a message pretending to be his child, asking, “Do I know you?”

According to a report from Northwest Florida Daily, an affidavit notes that Williams responded with “(Name redacted) from Badoo?”

Badoo is a dating-focused online social network where the man reportedly met the 11-year-old.

Williams went on to describe what the girl was wearing on the night of the incident and details about the backyard of her home.

He then made some salacious remarks about the victim referencing the rape, and wrote: “Ima (I’m going to) definitely marry you in the future lol (laughing out loud).”

The girl’s mother asked her about the exchange; the child opened up about Williams’ visit and subsequent assault, and her father immediately turned him into Decatur Police.

The girl told investigators she and Williams had intercourse in the backyard of her family home.Her father made the police report in February and Williams was arrested on April 30 in Florida and extradited back to Alabama on May 15.

He was charged with first-degree rape, traveling to meet a child for an unlawful sex act, and electronic solicitation of a child. He was released on a $60,000 bond.