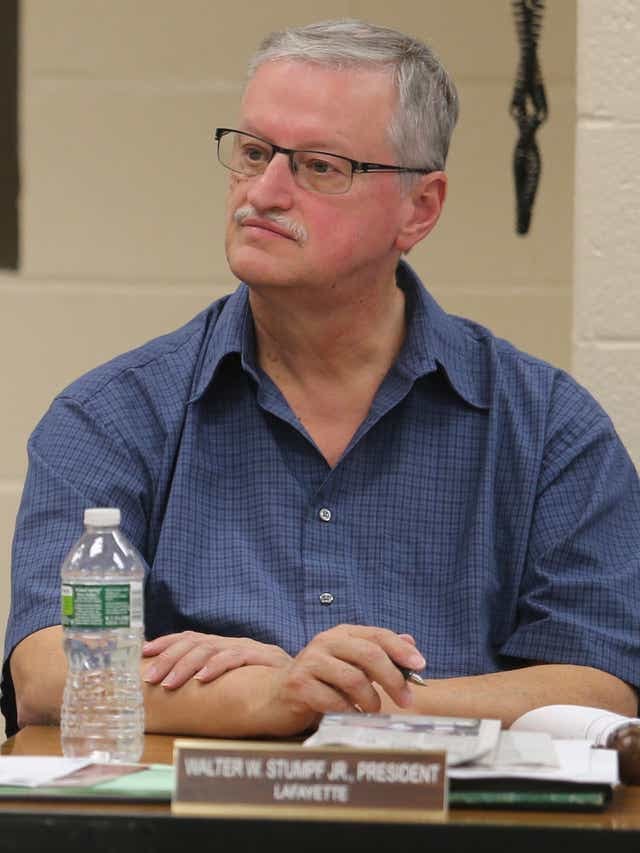 A former Sussex County man who served on two school boards received a five-year prison sentence in Oklahoma nearly two years after he was charged with over 40 counts for owning child pornography.

Walter Stumpf Jr., 68, a former Lafayette resident, admitted earlier this month he had over 200 photos and nearly three dozen DVDs of underage children in sexually explicit situations, some as young as 2 years old, according to court records in Canadian County District Court in Oklahoma.

Judges in Oklahoma have the discretion to sentence defendants up to life in prison for aggravated possession of child pornography.

Instead, Judge Paul Hesse ordered Stumpf to serve five years, one for each count, but agreed to have each sentence run at the same time.

The judge also ordered Stumpf serve a suspended 10-year sentence after his release, meaning he will serve probation instead of prison time. Should he not comply with the conditions, a judge can order he serve the remainder of the term in prison.

He will also have to register as a sex offender in Oklahoma, a move that will dampen his prior efforts to obtain a teaching license in the state, according to a report by community newspaper The Yukon Review.

Stumpf at the time of his arrest was a substitute teacher at the Yukon School District and was seeking a permanent teaching license, the paper reported.

Stumpf was arrested on Sept. 9, 2019 for possessing child pornography, the Canadian County Sheriff’s Office said in a press release at the time.

He posted bond but was arrested again in late September and charged on 35 additional child pornography counts.

Stumpf, who resided just outside Yukon, Oklahoma allegedly uploaded images of child pornography onto his American Online and Yahoo accounts.

Service providers audited Stumpf’s accounts and sent the illicit images to the National Center for Missing and Exploited Children. The center forwarded the information to the proper authorities.

Commercial-grade DVDs, believed to have been purchased from an “underground website,” and over 500 images and videos were seized from Stumpf’s home, investigators said in their release.

Stumpf told police he enjoyed watching the videos and did not believe they were illegal, court records show.Police also discovered stories Stumpf allegedly read and wrote, which featured the kidnapping, rape, torture and killing of children.