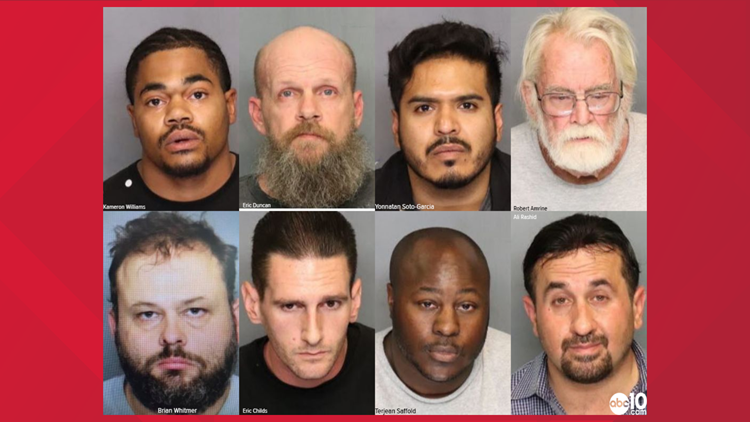 According to the bureau, officers posted online decoy ads on known human trafficking websites. The subjects who contacted undercover police officers to arrange payment for sexual acts were criminally cited on the charge of Commercial Sexual Solicitation.

“Human trafficking is not a victimless crime. Survivors of human trafficking may be hesitant to seek out help from law enforcement due to the fact they may have been forced, coerced or manipulated to commit crimes and fear arrest.

From the outside they may look like domestic violence, robbery, sexual assault or fraud,” the bureau said when it announced the citations Sunday, May 2.

“The Portland Police Bureau, in conjunction with other federal and local law enforcement agencies, is committed to deterring prostitution and human trafficking activities,” the bureau continued.

The bureau also said the Human Trafficking Unit has embedded victim advocates available for resources and services to those who are interested.

There also are many community organizations that provide help to those affected by human trafficking.