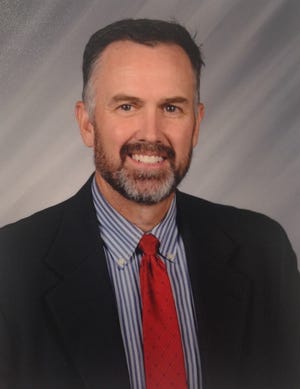 A former Lubbock Christian School president will be on house arrest for the time being after pleading guilty to federal child pornography charges.

Larry Tye Rogers, 56, on Monday appeared in federal court for the first time since he signed paperwork admitting to possessing an image of child sexual abuse.

Rogers stood next to his attorney, John Floyd, before U.S. Magistrate D. Gordon Bryant, who accepted his plea of guilty to one count of possession of child pornography.

Rogers, who was removed from office in November, faces up to 10 years in prison and will be required to register as a sex offender.

According to court documents, Rogers’ wife caught him in October holding his iPhone under a bathroom door taking pictures of a 15-year-old girl as she was naked in the bathroom preparing to take a shower.

He admitted to his wife that he took pictures and videos of the girl and later deleted the materials.

A colleague, who learned about the behavior, also confronted Rogers, who admitted it and said, “I guess I should resign,” the documents state.

However, Rogers admitted that he used the phone to possess images of child sexual abuse until about Nov. 20.

However, possession of child pornography requires mandatory detention once a defendant is found guilty. Bryant told Rogers he could return to court for a detention hearing once U.S. District Judge James Wes Hendrix, who will determine his punishment, accepts the plea and finds him guilty.

Among the conditions of his pre-trial release, Rogers will be under home detention at his sister’s residence. He will can leave the residence for work, medical, substance abuse or mental health treatment, attorney visits, church services, and court appearances. He will need prior approval from a supervising officer to leave for other activities.

Rogers would also be required to participate in sex offender-specific treatment if deemed appropriate by his pre-trial supervisors. He is also prohibited from having unsupervised contact with children.

Rogers’ sister told Bryant she would make every effort to make sure her brother followed the conditions of his bond and promised to report any violations.

“I absolutely will,” she said.