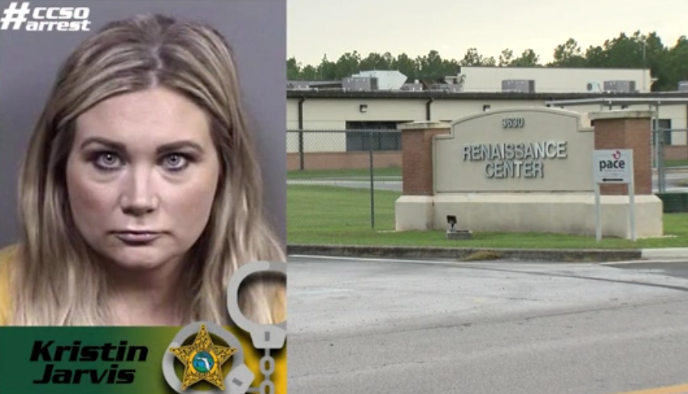 Citrus County Sheriff Mike Prendergast says the county’s first human trafficking arrest is not involving someone you would suspect.

On Friday morning, deputies slapped the cuffs on 35-year old Kristin Jarvis, a former teacher and paraprofessional at the Renaissance Center in Lecanto, a school for students with behavioral issues or who have been suspended from traditional classrooms.

“This teacher, was in a position of special trust with a minor and should have known better,” said Sheriff Prendergast. “And really should have behaved far better as a role model and a mentor.”

The investigation into Jarvis’ alleged behavior began in April. Jarvis, who was employed by the school at the time, is accused of maintaining a sexual relationship with a 17-year old student for months.

“This is many instances over the course of an approximately six-month period,” Sheriff Prendergast said.

During that time, Jarvis is accused of driving the teen from place to place and even paying for sexual favors. That is what led to the human trafficking charge.

Attorney William Grant is representing Jarvis. He says his client plans to enter a not guilty plea.

Sheriff Prendergast believes any individual who preys on children is a danger to the community and he’s pleased his deputies were able to get Jarvis into custody. Now, detectives are trying to determine if the victim, in this case, is the only victim.

“We’re not sure if this was a one-time deal. There may be other victims out there,” said Sheriff Prendergast. “Clearly the evidence has been overwhelming for this particular case. “