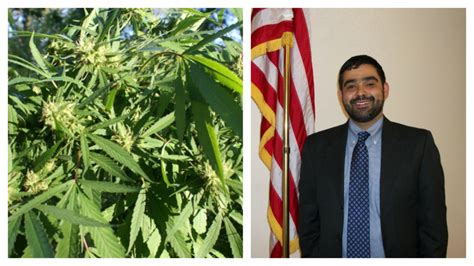 Cannabis entrepreneur and former Sebastopol Mayor Robert Jacob was arrested Saturday morning on suspicion of sex with a child aged 14 or 15, as well as a range of other crimes involving sex with minors.

Sebastopol Police Chief Kevin Kilgore confirmed the arrest of the former mayor by phone Saturday afternoon and released a statement with initial information about the allegations.

Kilgore said that on March 30, police received information of possible sexual assaults that occurred in the city between December 2019 and March 2021.

“Right now that investigation is ongoing for a determination as to the number of victims,” Kilgore said.

Jacob, 44, was arrested about 7 a.m. Saturday. Police said they contacted Jacob in the 7400 block of Woodland Avenue and took him into custody on an arrest warrant outlining several felony sexual assault crimes against a minor.

Jacob was transported to the Sonoma County Main Adult Detention Facility and is being held without bail.

Jacob was listed as an inmate at the Sonoma County Jail on suspicion of five felonies and one misdemeanor. The offenses include sex with a minor and transporting a minor for the purposes of having sex with them, distribution of child pornography and soliciting a minor for lewd purposes.

This is a developing story. Check back for updates.