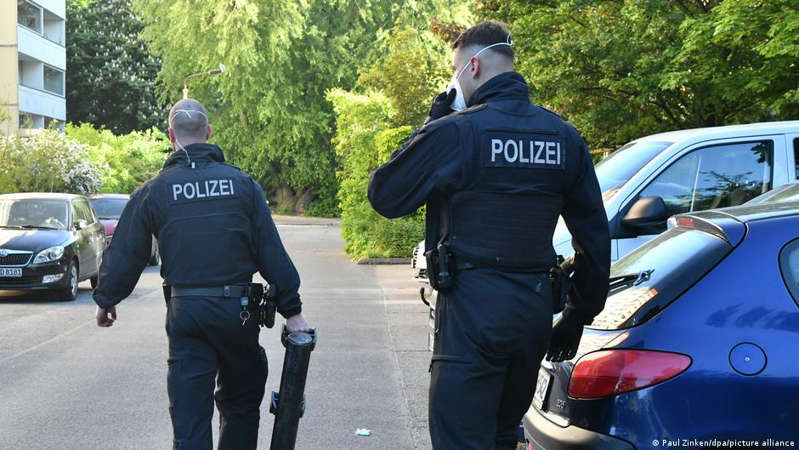 Police have carried out raids across Germany, as well as in Slovakia, in an operation against people smuggling gangs. Thay made two arrrests and found dozens of individuals at properties in several German states.

Police swooped in raids against suspected human traffickers on Monday in the German states of Berlin, Hamburg, North Rhine-Westphalia, Saxony-Anhalt and Saxony.

Officials said the raids had dealt a blow to illegal human trafficking operations in Berlin, one of three hotspots for smuggling people from Vietnam to Europe.

The simultaneous raids took place from 6 a.m. at 33 properties across Germany, as well as in Slovakia.

Two female suspects were arrested, one — a Vietnamese national — in Berlin, and the other in the Slovakian capital, Bratislava.

A police spokesman said the women were accused of professional smuggling of people from Vietnam to Germany via Bratislava.

About 700 officers were involved in the operation, with Berlin — where some 16 properties were raided — the main center of police activity.

Police said they had seized extensive evidence in their raids, including “mainly storage media, documents, records and bank accounts.”

Officers from the federal police found nearly 50 people at apartments that were raided.

“We now have to clarify whether these people have also entered the country without permission or were smuggled in — or if they are also supporters of this inhumane smuggling and human trafficking,” said Holger Uhlitzsch, a spokesman for the federal police force responsible for border control, the Bundespolizei, in Dresden.

The suspect captured in Berlin was detained in an apartment in a high-rise building in the city’s Lichtenberg district.

The city has seen repeated raids for people smuggling, and Germany’s Federal Criminal Police Office (BKA) described Lichtenberg as a “pivotal point” for Vietnamese human traffickers in Western Europe. Behind it, they said, was “a huge network” that turns over “enormous sums.”

A large Asian market in the Berlin-Lichtenberg area, with about 350 stores in large halls — as well as the area surrounding it — was said to have repeatedly played a role in logistical possibilities when it came to the smuggling.

The operation was carried out on behalf of prosecutors in Berlin and Leipzig and was embedded in investigations by Europe-wide crime-fighting agency Europol.