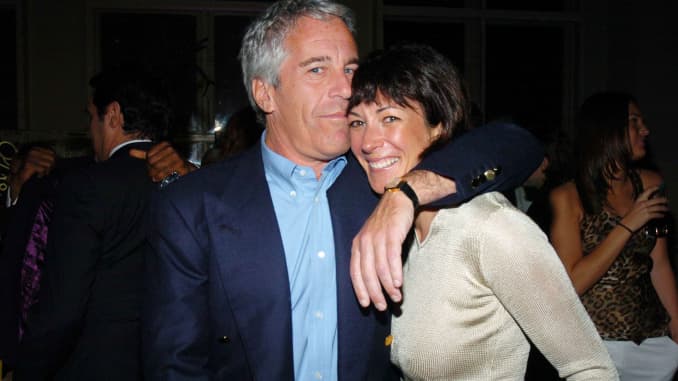 Maxwell is accused of grooming a 14-year-old girl to engage in sexual acts with Epstein from 2001 to 2004. The abuse allegedly took place in Epstein’s Palm Beach estate in Florida.

The new indictment alleges that the 14-year-old girl, referred to as “Minor Victim-4” in court documents, was paid by Epstein and, at times, Maxwell for giving the billionaire “sexual massages.” The teen or Epstein were often partially or fully nude during these massages, prosecutors said. Epstein would also engage in various sexual acts with the girl at that time, they said.

The original indictment against Maxwell was filed for alleged crimes committed during the 1990s; the new indictment indicates abuse and the sex trafficking of”Minor Victim-4″ continued from 2001 until as recently as 2004.

Maxwell still faces other charges that include transporting a minor for the purposes of criminal sexual activity and conspiring to entice minors to travel to engage in illegal sex acts.

Maxwell was arrested last July in New Hampshire–nearly a year after Epstein was charged and detained.

Prosecutors said Maxwell would gain this victim’s trust by asking her about family and other aspects of her life. It was a similar method she used on several other victims of Epstein, according to court documents.

Maxwell would normalize inappropriate and abusive conduct by talking about sexual topics in front of the teen girl or by being present in the massage room when the girl was naked.

Epstein’s employees, including Maxwell at times, would call the victim from various locations at her home in Florida to set up an appointment to massage Epstein.

After these incidents, the girl would be paid hundreds of dollars by Epstein, his employees, or Maxwell.

From New York, the girl would also be sent gifts, including lingerie, by Epstein’s inner circle.

Maxwell and Epstein encouraged the girl to bring her friends or to recruit other young women to provide massages to the much-older financier.

“Minor Victim-4” allegedly brought multiple girls, including those under 18, to provide such massages for Epstein at his Palm Beach home.

The teen girl and the person she brought would then be paid hundreds of dollars in cash by Epstein or Maxwell.