Girl, 13, ‘was abducted, raped and murdered as she left her grandparents’ apartment 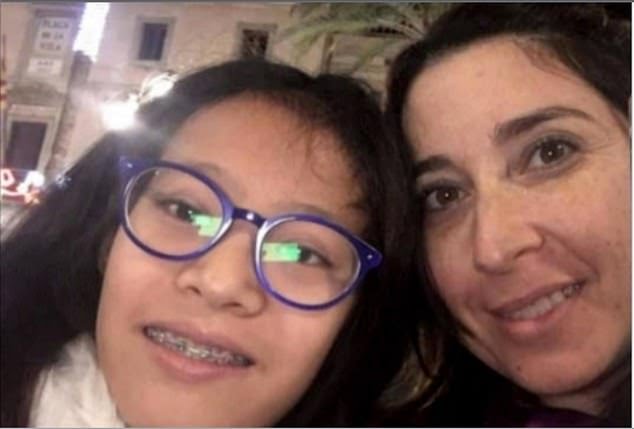 A 13-year-old girl was abducted, raped, stabbed and then choked to death by a drug-addict chef in a ‘shocking attack’ in 2018, a court in Spain has heard.

Juan Francisco Lopez Ortiz, now 46, has gone on trial for the murder of Laia Alsina – who went missing while walking from her grandparents’ home on the second floor of a block flats in the city of Vilanova i la Geltrú to her father who was waiting outside.

Her partially clothed body was later found stuffed under a mattress with a dog collar around her neck inside an apartment on the first floor that belonged to Ortiz’s parents, where he was staying at the time.

Ortiz has already admitted that he carried out the brutal killing but his lawyers want the life sentence that he is facing reduced to 14 years.

They say he was under the influence of alcohol and drugs at the time of the attack, thought somebody was trying to break in, and was trying to defend himself.

The attack took place on June 4, 2018, around 6.50pm as Laia’s father came to pick her up from her grandparents’ flat where she routinely spent time after school.

Laia left her grandparents’ and went to walk downstairs when she was accosted by Ortiz who dragged her into his parents’ flat – though they were not home at the time.

Once inside, police say the girl had a dog leash placed around her neck and was beaten, raped, and stabbed in various parts of her body.

She was then suffocated to death using the dog collar in an attack designed to cause her ‘the greatest possible suffering’, investigators said.

Laia’s father – who had adopted her from China aged 14 months – was initially confused by her disappearance and, thinking that he might have missed her come out of the building, went home to look for her.

When he found that she was not there, he organised a search of the neighbourhood using Facebook groups, but to no avail.

The chef, who had been living in China, said he had recently relapsed into alcohol and drug abuse because his mother was dying – which was his reason for coming home to Spain.

He now claims that he doesn’t remember the attack itself, but thought somebody was trying to break into the apartment and attacked them in self-defence.

State prosecutor Maria Jose Franco told the court at the opening of the trial: ‘Laia was a happy girl who was murdered in the most savage, brutal, unimaginable way, in a dantesque scenario.’

Juan Carlos Zayas, a private prosecutor acting for the teenager’s family, described the defendant as a ‘calculating’ person who had not only killed a little girl but prevented her from defending herself or escaping.

Police said after Lopez Ortiz’s arrest they suspected he may have been lying in wait for Laia, who routinely spent a couple of hours with her grandparents after school where she enjoyed an afternoon snack before her bank worker dad came to pick up her just before 7pm.

The defendant is expected to take the stand next week.

Make Sure You Visit