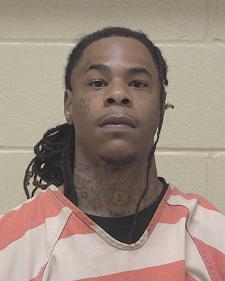 Officials arrested a Longview man on human trafficking and other charges in Bossier Parish, and they say a woman from that area is now getting help.

Dramain Green remained Thursday morning in the Bossier Parish Maximum Security Facility on charges of pandering, promoting prostitution, human trafficking and possession of marijuana after being booked on Monday, according to jail records. Total bond on the charges is $40,000.

Undercover agents arrested Green during an investigation in Bossier City that stemmed from an online ad for prostitution at a hotel, Sheriff Julian Whittington said in a statement. He said an agent went to the hotel and met with the woman who was being prostituted when “he quickly realized she did not want to be there and that he (the agent) was going to be her first ‘customer.’”

Officers then took Green, who was in the parking lot of the hotel, into custody. Police said Green admitted to agents he was “pimping out” the woman.

The woman told agents that Green contacted her on Facebook Messenger a few days earlier and that he offered to take her on dates, buy her things and travel with her. She said she sent Green “private” photos but that he posted them on a website commonly used for prostitution and began setting up deals without her knowledge.

The woman said she was scared to leave Green because he had been violent toward her, and he knows where she lives and has information about her family. She also said Green was about to take her to Texas to offer her as a prostitute.

Whittington said agents connected the woman with Purchased: Not for Sale, a ministry that helps women and children who have been the victims of sex trafficking or sexual exploitation.

He said officers involved in the investigation represent various agencies that are part of the Northwest Louisiana Human Trafficking Task Force, which is led by Assistant U.S. Attorney Earl M. Campbell.

“While we live in a good parish here in Bossier, the sad reality is that people are being exploited for sex around the nation and here in northwest Louisiana,” Whittington said. “Most of these victims have no hope or means to get out of these situations, and partnering with these task forces allows us to combine our federal, state and local efforts to combat human trafficking.”