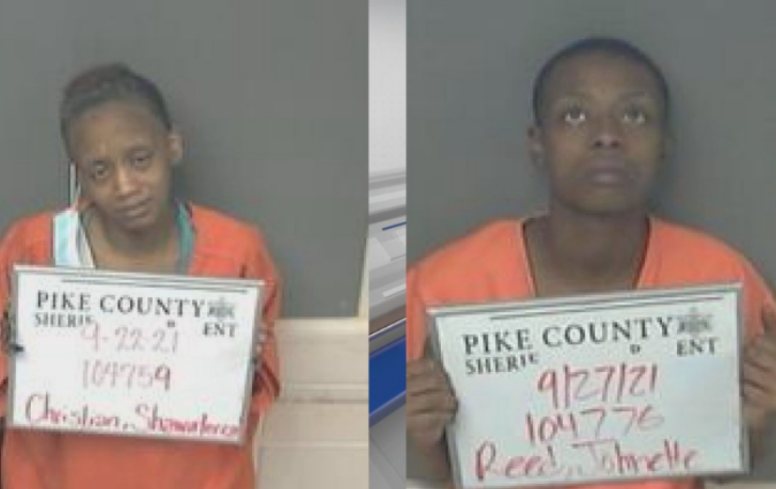 A missing child is safe and two women are behind bars after an observant police officer came to her rescue.

This happened in Brundidge on Sept. 22 when local police were called about a disturbance in the 300 block of County Road 4409.

The responding officer saw a young girl walking in an area near the home that was the subject of the call.A news release from the Brundidge Police Department states she appeared to be in an “altered state of mind.”

Brundidge Police Chief Marquez James said the owner of the home denied knowing the girl, who was subsequently identified as a missing 14-year-old from another county.

She was taken to Troy Regional Medical Center, where police say she tested positive for unspecified illicit drugs.

Police say there was also evidence that she was a victim of sex trafficking, child pornography and other crimes.James said the girl’s family was notified and met her at the hospital.

The press release states she is safe and recovering.

Two suspects were arrested. Shawnterra Christian, 34, was charged with first-degree human trafficking, production of lewd material portraying a minor, giving illicit drugs to a minor, possession of a controlled substance and first-degree possession of marijuana.

Pike County jail records show her bail at $100,000Johnette Reed, 27, as charged with first-degree human trafficking and production of lewd material portraying a minor. Her bail is $200,000, according to jail records.

The investigation is ongoing. Police are asking anyone with information to call the Brundidge Police Department at 334-735-3333