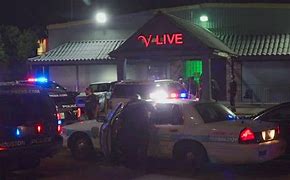 Police discovered there were multiple women being used for a number of different reasons which leads them to believe human trafficking was happening at the club.

HOUSTON — Three arrests were made and guns and drugs were recovered after a well-known Houston strip club was shut down Saturday following a raid, according to the Houston Police Chief Troy Finner.

Sean Teare, with the Harris County District Attorney’s Office, said this particular strip club has been on their radar for quite some time now after several investigations involving DWI suspects led them to the club.

Teare said drivers suspected of DWI would admit to drinking at the strip club before getting behind the wheel and causing crashes.

This led police to investigate the strip club and according to Teare, police uncovered several violations which started a more in-depth investigation that lasted for months.

During the investigation, undercover officers were sold drugs such as Ecstasy and cocaine, Teare said. Teare also mentioned the investigation revealed the club did not have a liquor license but was still selling alcohol.

Teare said police were able to obtain an arrest warrant for the club’s manager and he was one of three people arrested during early Saturday’s raid.

During the raid, police discovered there were multiple women being used for a number of different reasons and Teare said he believes human trafficking was happening at the club, all being facilitated by the manager.

The manager, who has not been identified, has been charged with delivery of controlled substance and future charges are likely, Teare confirmed. He said there is a lot more investigation to be done before moving forward with any human trafficking charges.

Finner released the following statement in regards to this raid:

“Late last night, after a months-long undercover investigation, members of our Narcotics Division conducted an operation at the V-Live Club on Harwin Drive. Three individuals, including the club’s manager, were arrested and guns and drugs were recovered.

We know narcotics and weapons were present in the club and we believe some female employees of the club are possible victims of human trafficking. Because this is an ongoing investigation, we cannot release further details we work closely with the Harris County District Attorney’s Office on the prosecution.

As I have stated in recent weeks, we are putting club owners and managers in our city on notice. Especially those clubs where criminal activity is known to occur and continues into the streets when individuals leave clubs with guns, and are under the influence of narcotics and/or alcohol.

Last night’s operation is just the start of such enforcement efforts. Within the next week, I plan to meet with numerous bar and club owners to invite them to partner with HPD to help make this city safer for them and our citizens.”

This is an ongoing investigation.