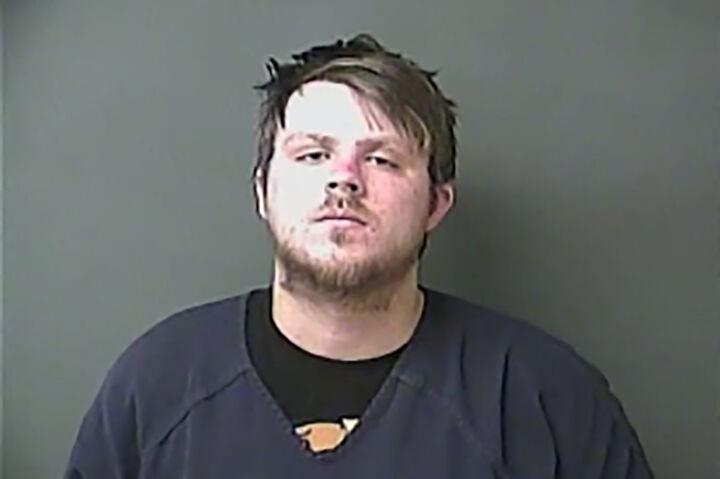 A Kokomo man was arrested last week and charged with human trafficking after authorities say he tried to threaten his wife into meeting up with him.

Joshua Eads, 23, was arrested last Tuesday after his ex-wife told police that Eads had called her and threatened to post intimate photos online after she declined to meet up with him for a sexual relationship, according to Kokomo Police Department Major Brian Seldon.

Eads’ ex-wife reportedly recorded part of the phone conversation between herself and Eads, according to a probable cause affidavit. In the recording, Eads allegedly told the victim that he would post nude photos online after she declined to meet up with him.

According to Seldon, the victim reported the threats to KPD on May 26. A warrant for Eads’ arrest was issued and served on June 1.

According to the affidavit, Eads allegedly told police that he did not tell his ex-wife that he would post the pictures but that he did have them.

Eads admitted that he “’put her back against the wall’” so that she would agree to meet up with him.

The affidavit further stated that Eads started “stuttering and stumbling over his words” when authorities told him they had the recording of the threats he made to his ex-wife.

Eads faces a level 4 felony charge of promotion of human trafficking and a class A misdemeanor charge of intimidation.

“The statute (for promotion of human trafficking) reads, basically, (that it’s) a person that knowingly or intentionally uses force, threat, or coercion, or fraud to entice an individual with the intent of causing the individual to participate in sexual conduct,” Seldon said.

Eads posted bond on June 2. A hearing for the case is scheduled for June 16 in Howard County Circuit Court.