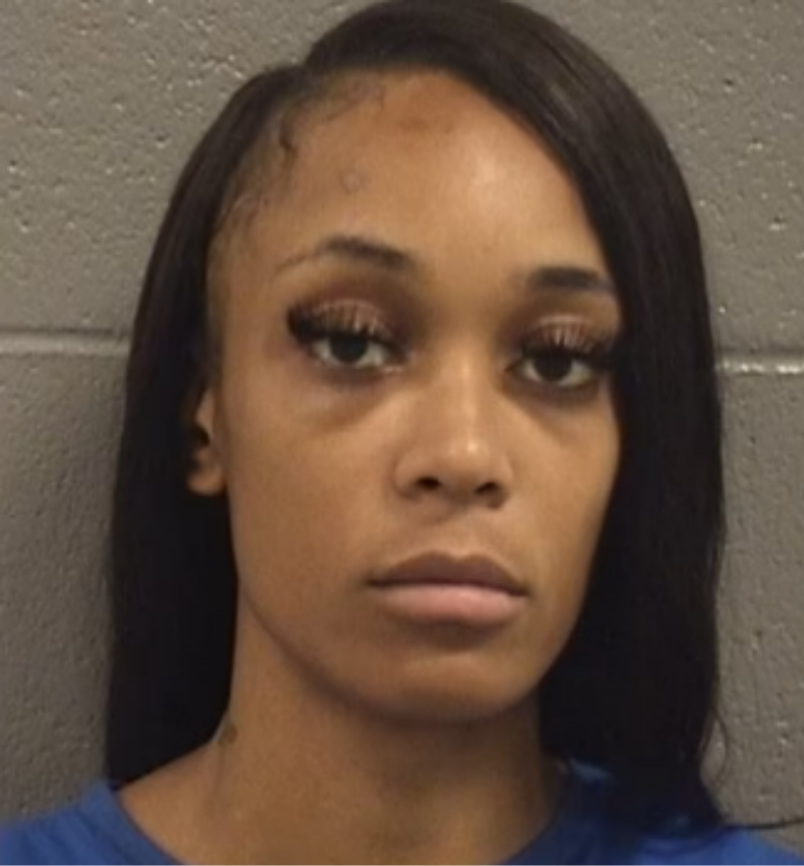 Kyla Hunter, 22, was arrested monday and charged a Chicago woman who allegedly befriended a runaway teenage girl and then sex trafficked her.

Hunter is currently being held at the Cook County Jail on $100,000 bond.

On September 16, the Sheriff’s Police Special Victims Unit were conducting an investigation in the 5500 block of West Gladys Avenue in the Austin neighborhood — an area known for sex trafficking — when they took into custody the 18-year-old victim and 22-year-old Kyla Hunter.

The victim was not charged with prostitution-related crimes.

Officials say due to a prior investigation, officers had reason to believe Hunter was sex trafficking the 18-year-old.

Officers later learned the victim was a runaway in October of 2019 at the age of 16.

Officials say she met Hunter at the time and that Hunter complimented the victim on her appearance and invited the victim to her home.

Hunter then allegedly pressured the teenage victim to prostitute herself, while keeping the money that the victim had received.The victim soon after left Hunter, but reconnected with her in August of 2021, according to officials.

Hunter, once again, allegedly began to have the victim engage in prostitution while keeping the money she was paid.

Hunter has been charged with two counts of involuntary sexual servitude (Class 1 felony) and one count of trafficking in persons (Class 4 felony).