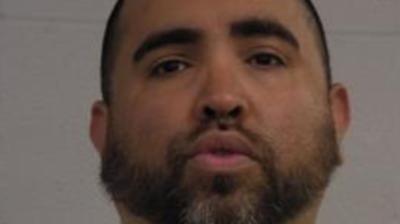 LOUISVILLE, Ky. — According to a release from Kentucky Attorney General Daniel Cameron’s Office, a Louisville man has been sentenced for human trafficking charges.

Months later, Bauda was arrested again by police in Jeffersontown for additional human trafficking charges including a felony charge of trafficking of a minor less than 18 years of age for commercial sex.

“Human trafficking is real, and it’s happening in Kentucky communities every day,” Cameron said. “This sentence should signal that we are serious about investigating and prosecuting traffickers in every part of the Commonwealth, and we will not allow Kentuckians to be exploited.”

The Attorney General Office says all of Bauda’s sentences are to run concurrently for a total of eighteen years, and he is not eligible for probation along with being subject to a period of five years of post-incarceration supervision.

Bauda must also register as a lifetime sex offender and pay $10,000 to the Kentucky Human Trafficking Victim’s Fund.

“This sentence should make it clear that there will be serious consequences for anyone who chooses to prey on vulnerable young women in our community,” Assistant Commonwealth’s Attorney Kristi Gray, who prosecuted the case on behalf of the Commonwealth, said.

Earlier this year, Cameron launched a campaign to end human trafficking across Kentucky entitled, “Your Eyes Save Lives.” The campaign encourages Kentuckians to recognize and report signs of human trafficking.