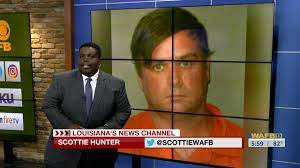 A staff member of the LSU Foundation was arrested on several charges, including child pornography, impersonation, and animal abuse on Tuesday, Oct. 4.

A spokesman with the university confirmed Chase Kojis, the LSU Foundation facilities coordinator, was fired from his position following his off-campus arrest by deputies with the East Baton Rouge Parish Sheriff’s Office.

Investigators said he pretended to be someone else while he posted private pictures of young girls online. He’s also accused of using the profile to have conversations with others who wanted to have sex with young children.

The credit story is: WAFB 9