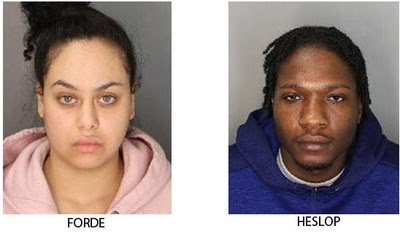 Durham Regional Police have arrested a man and a woman following a human trafficking investigation.

In October last year, police became aware of a sex trade advertisement featuring a 16-year-old female at a hotel in Whitby and officers started an investigation.

Police allege the suspects pimped the victim across Ontario.On Thursday, officers with the DRP Human Trafficking Unit arrested both suspects in Toronto.

They also executed a search warrant at a residence on Ann O’Reilly Rd. in Toronto and seized a motor vehicle, taser, cash, cocaine and methamphetamine, and offence-related property.

Heslop has also been charged with possession of child pornography and failing to comply with a release order.Police believe there may be more victims.