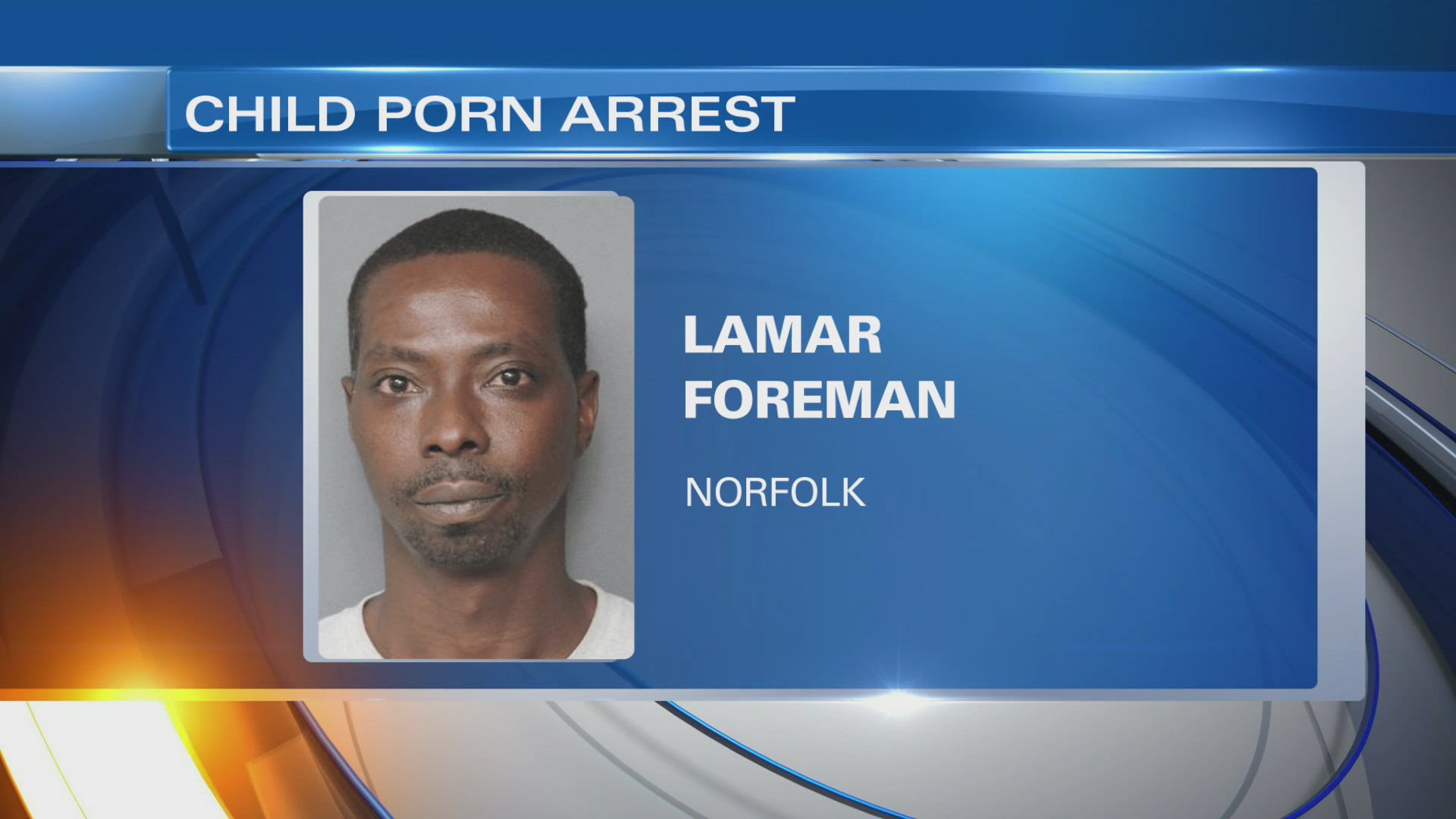 NORFOLK, Va. — A man in Norfolk has been arrested in connection with an ongoing investigation regarding child pornography.

Foreman’s arrest stems from the investigation in which authorities say he used Facebook Messenger to communicate with a minor.

Foreman is currently being held at the Norfolk City Jail without bond..