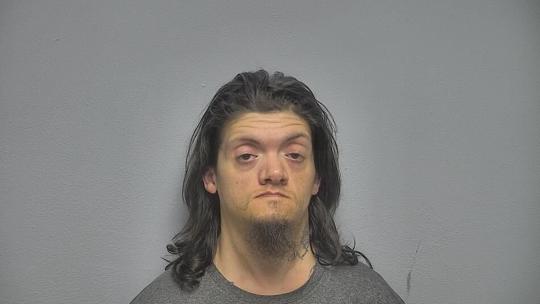 PADUCAH — A Paducah man was arrested this week after police investigating a drug trafficking case say they found child pornography on his cellphone.

Last week, the Paducah Police Department said two people involved in a traffic stop were arrested on drug charges. The police department said that investigation led officers to carry out a search warrant at a local motel room, where more drugs were found and two other people were arrested.

In a news release Thursday, police said a third person who was involved in the initial traffic stop has been arrested, but not on drug charges.

The police department said 45-year-old Morris L. Rhea was a passenger in the vehicle when it was pulled over on March 17. Rhea was not arrested, but police say investigators believed he had information regarding illegal drug activities on his phone.

Tuesday, a detective interviewed Rhea, and he was arrested on a charge of possessing or viewing matter portraying a sexual performance by a minor.

Rhea was jailed in the McCracken County Jail. According to the jail website, Rhea’s bond has been set at $10,000, and he will appear in court on March 30.