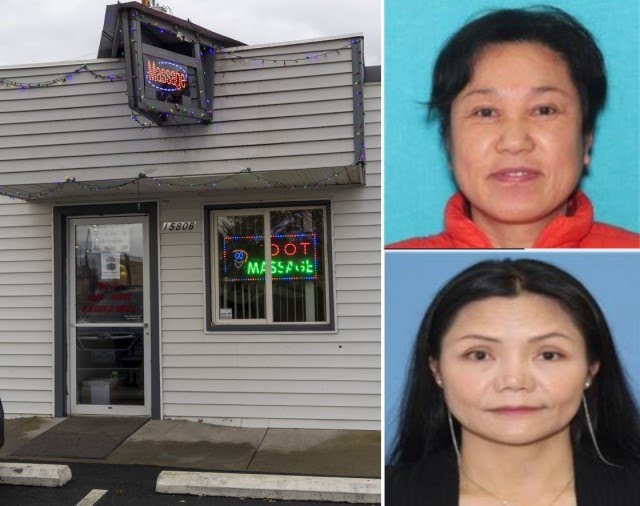 Officials said that this was a Grants Pass Police Department investigation into commercial sexual solicitation at the Silk Road Massage parlor, located in the 1500-block of NE 7th Street in Grants Pass.

While this was initially a prostitution investigation, police said that human trafficking concerns came up during the investigation.

A customer, 52-year-old Yhang Zhao, was found to have a US Marshals warrant out of Virginia and was lodged in jail. Police said that the business is owned by 48-year-old Min Zhang of Grants Pass.

“We greatly value our community partnerships and would like to thank the Women’s Crisis Support Team in Grants Pass who assisted with victim advocacy,” police said in a statement