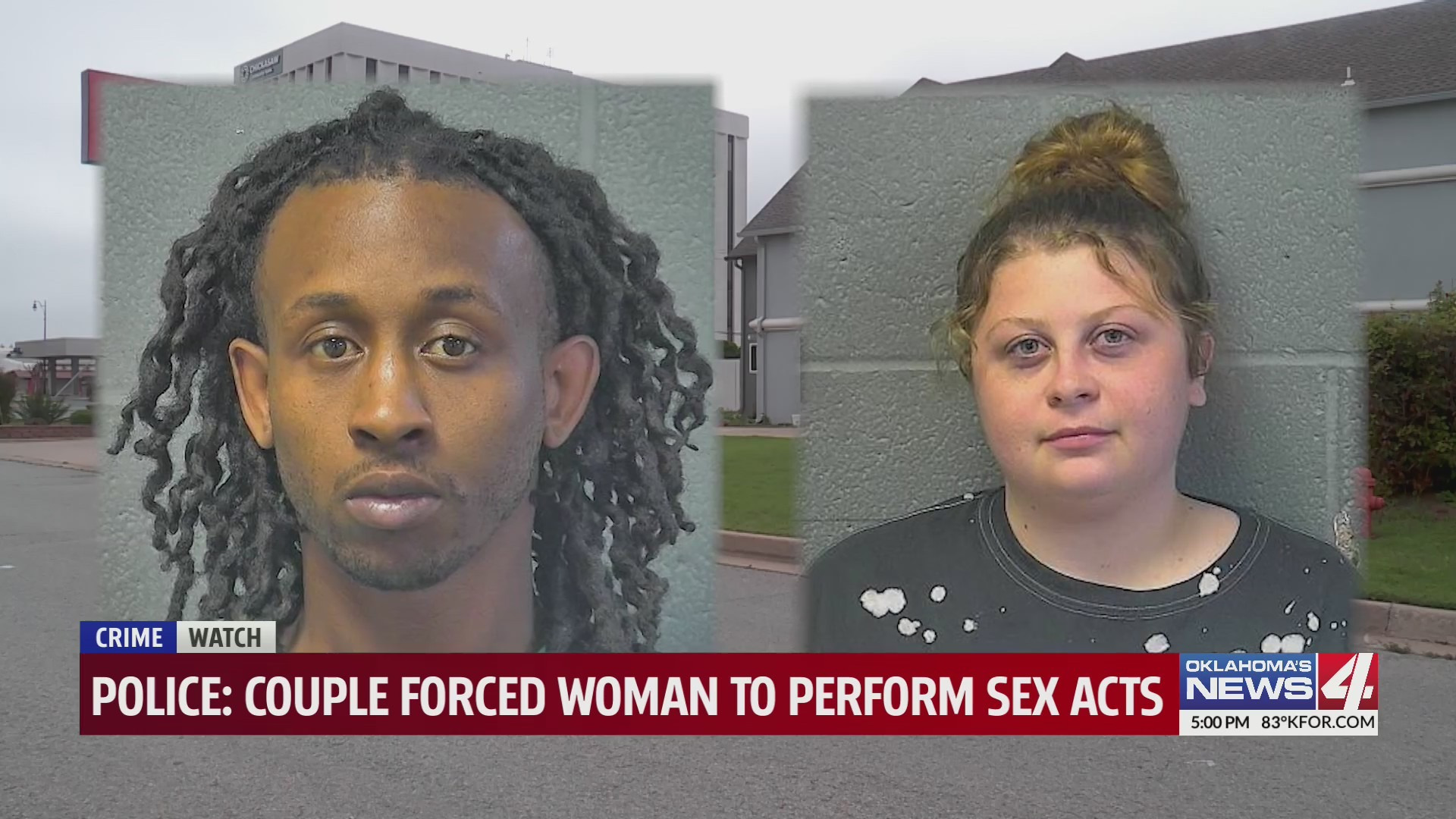 Police were called to the Econo Lodge near I-40 and Meridian after the victim in this case was able to escape and call 911.

“They were not allowing her to leave, she was not free to leave,” said Msgt. Gary Knight with the Oklahoma City Police Dept.

Police later learned through questioning, that they stumbled upon a potential sex trafficking situation. “As it turns out she had traveled from another state, with two other people a male and a female.

The male was basically serving as her pimp,” said Msgt. Knight. Mauriceo Edwards and Ariana Hall were arrested at the scene.

The victim told police both used “threats of violence and coercion to force her to drive to Oklahoma.”She went on to say that in the past, Edwards “beat her severely for not producing enough money from her encounters with men.

”The report goes on to say Hall was in charge of holding the money and would go as far as to stay in the room while the victim “preformed sexual acts to make sure all the money was collected.”

Dr. Miriam McGaugh, a researcher, and professor at Oklahoma State University, says cases like this are happening statewide.

“Most of our cases are actually commercial exploitation of sex,” said Dr. McGaugh, “it is happening everywhere; it is just being investigated and reported more often in the urban areas because that’s where the resources lie.”

She also says in the digital age, a lot of it is online.

“The internet is really allowing people to hide, allowing the traffickers to hide,” she said.