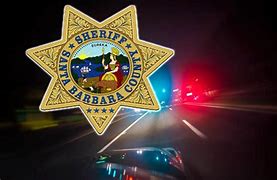 A Santa Maria man was arrested on suspicion of human trafficking charges Wednesday in Los Angeles after an investigation lasting more than two years.

Detectives allegedly located Crandell inside an unspecified hotel room with an 18-year-old female he had attempted to recruit for prostitution.

The investigation into Crandell began in March 2019 and findings were submitted to the District Attorney’s Office. A felony complaint warrant was issued in May, according to Zick.

Crandell was booked into Los Angeles County Jail and will be transferred to the Main Jail in Santa Barbara County, where he’s wanted on one felony count of human trafficking of a minor and seven counts each of pimping and pandering, which are both felonies.

Investigators believe there may be more victims, including juveniles, who may have been contacted through social media and exploited by Crandell. The Sheriff’s Office asks anyone who may have been approached by, or anyone having information about, Crandell to contact Detective Joshua Cockrell by email at humantrafficking@sbsheriff.org or by phone at 805-681-4105.

The Sheriff’s Office is aware that survivors of sexual assault and abuse are often reluctant to come forward for many different reasons, according to Zick, adding that many resources are available regardless of someone’s decision to participate in a criminal investigation.

Detectives coordinate closely with the District Attorney’s Office’s Victim-Witness Program to ensure the needs of survivors are not overshadowed by the focus on the investigation and prosecution of the accused, Zick said. Victim advocates are available to ensure that survivors are kept informed and supported throughout the criminal justice process. Survivors have the option of contacting the Victim-Witness Assistance Program directly at 805-568-2400 or toll-free at 855-840-3232.