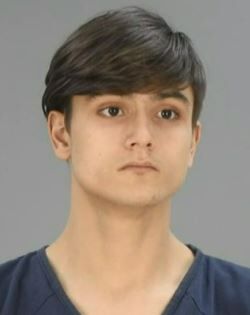 A 20-year-old man faces state and federal charges on accusations he raped two underage girls after meeting them over social media and convincing them to provide pornographic images to him.

Nikolas B. Mariani is charged in Macomb County Circuit Court with two counts of third-degree criminal sexual conduct, punishable by up to 15 years in prison, for the alleged sexual assaults of the victims ages 13 to 15, below the age of consent.

In federal court, he is charged with receipt and possession of child pornography, coercion and enticement of a minor to engage in illicit sexual activity and transfer of obscene material to a minor.

Mariani is on house arrest in a Royal Oak residence in the federal case and posted 10% percent of a $50,000 bond in the state case, according to court documents.

Police were initially alerted to Mariani on accusations he filmed himself Nov. 12 sexually assaulting an 18-year-old girl who had passed out on his bed from drinking alcohol and woke up feeling vaginal pain, according to the affidavit supporting the criminal complaint. The video was discovered by a 17-year-old female friend who was at the home that day.

Mariani, however, has not been charged in connection with that incident.

The affidavit goes on to say the mother of a 14-year-old girl reported to Roseville police Nov. 18 that she discovered a Snapchat conversation of a sexual nature between Mariani and her daughter, who had asked her mother to go on birth control.

A search of Mariani’s phone by a Sterling Heights police detective revealed five pornographic images of the girl, FBI Agent Adam Christensen says in the affidavit.

The girl was interviewed Dec. 8 and said she had sexual intercourse with him in the basement of his Roseville home, according to the affidavit. Mariani admitted to authorities a week later he had sex with her three times, and that she had sent him partially nude photos of her.

Mariani said he would like her to stay with him for a week, and she replied she would like to see him; he asked her to come over the next night, the affidavit says.

Mariani sent the girl a black-and white pornographic security-type video of a man sexually assaulting an unconscious woman in a bed, which is the video from the incident involving the 18-year-woman in the bed, the affidavit says.

According to documents, he then told her she should “disarm the alarms on her doors at her house so she can leave and come see him.”

He provided instructions on how she could escape through a small window that doesn’t have an alarm, and suggested she “run away after she gets birth control and that she should stay with him for weeks as the state enters another lockdown,” documents say.

In a case involving another alleged victim, on New Year’s Eve, Roseville police responded to a call about a missing girl possibly at his home, according to the affidavit.

Mariani answered the door partially clothed, and police found a 14-year-girl wearing only a sweatshirt hiding under a bed.Mariani denied having sexual relations with the girl, who told police she engaged in sexual activity twice with Mariani.

She said they met over Snapchat two to three months earlier and she had run away from her home Dec. 27.

Mariani was arrested at that time for the alleged sex acts with that girl.