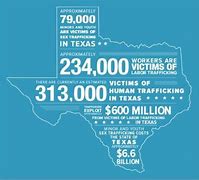 Clarence Chambers, aka Chris, 29, is expected to appear today before U.S. Magistrate Judge Peter Bray. Also charged are Javon Opoku, aka Glizzy, 20; Damarquis McGee, aka Lil Blue, 23; and Andres Portillo, aka Andro, 20. Portillo is set for an initial appearance on July 1 at 2 p.m., while McGee and Opoku are set for their initial appearances on July 6 at 10 a.m.

The defendants are charged with trafficking young runaway girls on what is known as the “Blade” or the Bissonnet Track. This is an area near Southwest 59 Freeway and Bissonnet Street in Houston where traffickers commonly place their victims.

According to the indictment, the defendants worked to recruit underage teenage girls and forced them to engage in sex acts for money in cars and hotels around the Blade. They allegedly passed around or reassigned victims amongst one another, taught each other “the pimp game” and required the young girls to walk the Blade and sell their bodies. They also kept the proceeds, according to the charges.

The indictment further alleges if any of the girls wanted to switch between pimps, they would have to pay an exit fee or get “beat out” to do so.

Some of the defendants also allegedly required daily quotas each night from their victims. If the victims failed to meet their daily quotas, they were severely punished through beatings and humiliation, according to the indictment.

If convicted, Chambers and the others face a minimum of 15 years and up to life in federal prison.

Established in 2004, the HTRA is multidisciplinary human trafficking task force made up of federal, state and local law enforcement agencies, prosecutors and social service organizations that target human trafficking organizations, while providing a comprehensive array of services to those who the traffickers victimized. Since its inception, the HTRA has been recognized as both a national and international model in identifying and assisting victims of human trafficking and prosecuting those engaged in trafficking offenses.

HSI is a directorate of ICE and the principal investigative arm of the U.S. Department of Homeland Security (DHS), responsible for investigating transnational crime and threats, specifically those criminal organizations that exploit the global infrastructure through which international trade, travel and finance move.