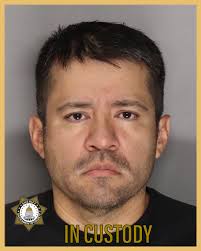 ORANGEVALE, Calif. —An Orangevale man is facing charges of possessing child pornography, according to the Sacramento County Sheriff’s Office.

They say he had hundreds of images and videos on his computer of children being sexually abused.Cazares has previously worked as a security guard and he’s attended community events where children were present, officials said.

He is currently at the Sacramento County Main Jail with a $50,000 bail.Anyone with information is asked to contact the sheriff’s office.