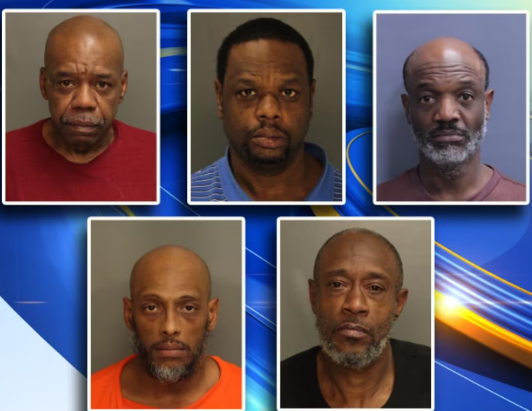 ‘The Rev,’ identified as 59-year-old Donald Dargan, is facing charges not only in rape, involuntary servitude and trafficking but also for drug delivery that resulted in the death of 38-year-old Colleen Buck in January 2021.

During the course of investigating, police spoke with numerous witnesses, victims, and even accomplices to Dargan and 4 others Altoona Police received warrants for.

Also wanted by Altoona Police was Quincy Wilson who was arraigned on New Year’s Eve and Sean Atkins who saw his arraignment on New Year’s Day.

According to the affidavit police filed, Dargan was said to have used women who were addicted to drugs to have sex with him and others in exchange for a fix, most notably heroin.

Dargan has also been accused by multiple victims as being the supplier to other pimps — Atkins, McNeal, Wilson, Ross — who would also use the heroin in a similar fashion, to sell women to other men to be sexually abused.

Dargan and the others are accused of taking advantage of vulnerable addicts and using fear tactics such as “hot shotting” a term meaning to make a powerful batch of heroin to cause an overdose, and preying on women who may have had warrants and were afraid to go to the police.

Dargan, Wilson and Atkins are all currently in Blair County Prison unable to post bail that ranges from $450,000 to $700,000. All three men have a preliminary hearing scheduled for Jan. 12.