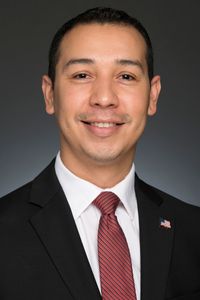 Arizona– Tony Navarrete, 35, was arrested on suspicion of molestation.

“We did make an arrest for molestation tonight, and as soon as we get more information we’ll make it available,” she said.

The Senate Democratic caucus also released a short statement, saying they were aware of the arrest but knew little else.

“We are aware one of our members has been arrested and are awaiting further details and for law enforcement to do its job,” the statement read. “We will not have further comment at this time.”

He has served in the state Senate since 2019, and served one term representing Legislative District 30 in the House before his election to the Senate.

He had been considered a rising star and was widely expected to announce a campaign for state treasurer. He also shared this week that he tested positive for Covid in a rare breakthrough case.