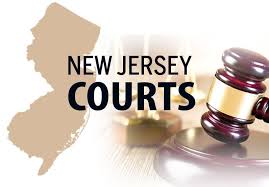 Three Lawnside residents have been charged with running a human trafficking ring that forced a missing girl into prostitution, authorities said.

Marquise Ogawa, 28, Chyaire Lee, 26, and Jazmin Scott, 21, were arrested late last year and charged with human trafficking, promoting prostitution and endangering the welfare of a child, among other offenses, State Police and the Office of the Attorney General announced Tuesday.

“This type of cruelty is heartbreaking, and the New Jersey State Police and our partners will do everything in our power to ensure that human traffickers are prosecuted to the fullest extent of the law,” Division of Criminal Justice Director Lyndsay Ruotolo said in the release. “We urge the public to be vigilant and alert law enforcement if they see a child or teenager in suspicious circumstances.”

The investigation began soon after the Voorhees girl was reported missing on Oct. 27 and detectives found online advertisements that offered sex with the girl in exchange for money, officials said.

Investigators linked Scott to the ads and she was arrested in Camden on Nov. 24 after attempting to prostitute the girl, authorities said. The girl was also found and reunited with her family.

As the investigation continued, authorities said they learned Scott was connected to a human trafficking ring involving Ogawa and Lee. Ogawa rented hotel rooms while Lee made arrangements with customers and brought the victim to the hotel, authorities said. Both Ogawa and Lee, who were arrested Dec. 3 at a home in Lawnside, collected payments from johns.

Ogawa was ordered held at a detention hearing on Dec. 21, according to his Marlton-based attorney Timothy S. Farrow. Ogawa, who is in the Camden County jail, is scheduled for a pre-indictment conference in March, the lawyer said. Farrow declined to comment further.