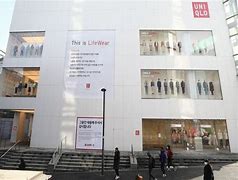 The Chinese government denied all accusations that it used forced labor Friday and denounced the French investigation as interference in internal affairs, the Associated Press reported.

The humanity unit of France’s anti-terrorism prosecutor’s office, which has the right to prosecute crimes outside of France, initiated the probe in June. The investigation is based on a complaint filed this year by an exiled Uyghur worker and three human rights groups.

A specific culprit wasn’t named in the probe, but it seeks to determine those responsible and prosecute them for crimes against humanity, said a judicial official not authorized to be identified publicly. In addition to Uniqlo and Skechers, rights groups say the French company SMCP and Inditex, owner of the clothing retailer Zara, used labor from Uyghurs and other Muslim minorities in Xinjiang.

The company said none of its production partners are located in Xinjiang.

“There has been no evidence of forced labor or any other human rights violation at any of our suppliers. If there is evidence, we will cease to do business with that supplier,” it said.

Skechers said earlier this year that regular audits of its facilities in China have found no sign of forced labor.