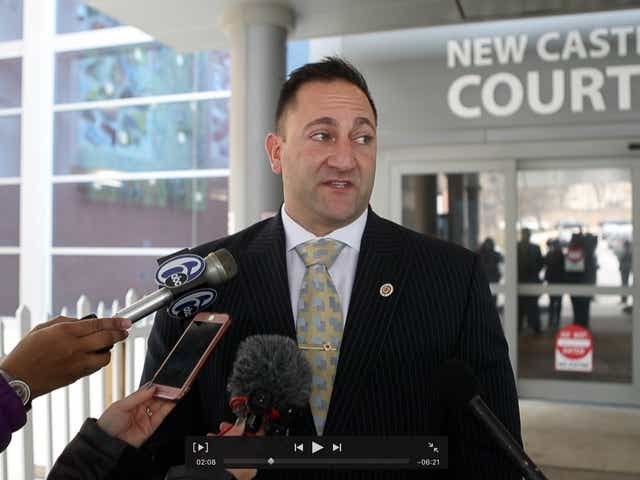 A Wilmington firefighter who pleaded guilty on Wednesday to one count of possessing child pornography blamed post-traumatic stress disorder that he developed on the job, one of his attorneys said.

Their deaths came a little over a year after the fire department lost three of their own because of an arson in the city’s Canby Park section.

“I do think that internally Joey has paid a price, as happens often in the profession,” Wilmington Fire Department Chaplain Brad Martin wrote in a letter to U.S. District Judge Colm F. Connolly, who is presiding over this case. “Firefighting is a highly stressful job.

He started at a young age, and was given responsibilities which have exacted much from him. He chooses not to show the stress, and did not learn healthy coping mechanisms soon enough.”

Leonetti, who retired at 42 from the fire department earlier this year, is not alone in faulting PTSD for causing him to turn to child pornography.

Retired Air Force Brig. Gen. Frank Sullivan told a Pennsylvania judge last month that PTSD from more than three decades of service and four combat tours prompted him to turn to child pornography, according to the Patriot News in Harrisburg, Pennsylvania.

Sullivan, a decorated veteran with tours of duty in Iraq and Afghanistan, was arrested in November 2019 after investigators found thousands of searches for preteen images and pictures of children “engaged in very graphic sexual acts,” according to a statement by the Pennsylvania Attorney General’s Office.

He pleaded guilty to five felony charges of possessing child pornography and was sentenced to 5 years of probation.

At his sentencing hearing last month, the Patriot News reported that Sullivan talked about the burden borne by those in the military and how deployments can leave them feeling as though the rest of society has simply moved on without them: “Sometimes you think it’s impossible to make up that distance.”