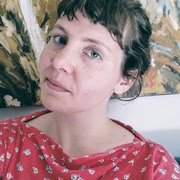 A Boston woman who used a babysitting online marketplace now faces charges relating to child pornography, according to the Suffolk District Attorney’s office.

Roxbury District Court Judge Debra DelVecchio ordered her held on $5,000 cash bail, though the district attorney’s office sought $50,000. If Lak is released, she is forbidden from having direct contact with children.

Police ask that anyone who thinks they or a child they know has been in contact with Lak contact Lakinvestigation@fbi.gov.

All identities of victims will be kept confidential, police added.“There is no bigger betrayal than people tasked with teaching, protecting, or caring for children sexually exploiting and violating them,” Suffolk DA Rachael Rollins said in a statement.

“And to be very clear, possessing and disseminating child pornography hurts children. Do not be fooled. Each still image or video chronicles an act of violence, sexual assault and/or rape.

And when those images or videos are shared with other pedophiles online, that child is abused and victimized in perpetuity.”

Rollins added, “We as a society need to unlearn many of our ingrained assumptions regarding who commits, and who can be a victim of, sexual assault and rape.”